Posted on January 9, 2021 by Stasha Blomgren 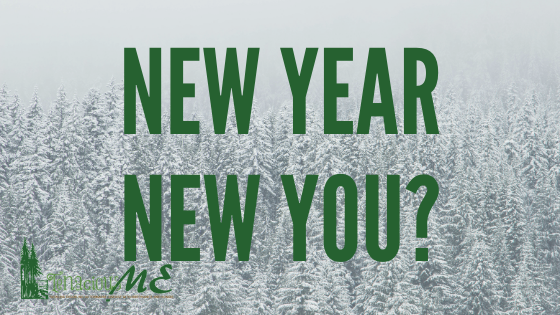 Has anyone else noticed a shift in the tides?  Generally, this time of year we are bombarded with hype about resolutions and crushing those goals to finally change that thing you don’t love about yourself.  I don’t know if it’s because we did so much changing in 2020, or if we finally found the sense and empathy to toss out the whole “It’s a New Year you better be a better person NOW” mentality, but whatever the reason, the shift is nice.

Don’t get me wrong, I am all for self-improvement, in fact, I am quite sure it’s what we are here for, to learn and to grow, to be the best we can in the lives we chose to live.  Whatever that best is.  What I don’t believe in is new year new you type “resolutions.”  In fact, I don’t believe in resolutions at all.  I believe in goals and intentions, that we should always have a few set and be moving toward achieving them.  There is no reason whatsoever that starting the work needs to start January 1, or Monday, or after the next holiday, or after you go do that thing where you know you’ll be tempted.  Change, real, lasting change, happens over time, not at the stroke of midnight on New Year’s Eve.

To change the habits that left us where we didn’t want to be, we will have to try, fail, revaluate, try again, probably stumble some more, possibly fall off the wagon entirely, look at the wagon for a long time and consider what being on it looks like, consider catching hold and trying to stay in charge of our actions and then follow through.  Repeatedly if it is a longtime habit.  That’s why New Year’s resolutions are like poison to me.  It’s just a set in stone goal that you will fail to meet immediately, which then makes you feel like you couldn’t do it, because it’s a new year’s resolution, everyone has one, and look at those people crushing theirs.

Change happens after we stumble, and it sticks because we figured out how to stop stumbling.

Keep in mind that the idea of a new you is insane anyway.  We can’t be new.  We can improve, we can get healthier, lighter, faster, be more present, more on time, we can change practically everything about us if we want to badly enough. But, we are still who we are.  We are the sum of all the versions of ourselves we’ve been.  Remembering that while we set goals is a big part of setting ourselves up for success.  When you are setting goals remember, the changed you is in the future, she’s not here yet, so don’t set yourself up for failure by expecting yourself to act like her.  You’ll get there, but for now, being realistic about the person you are working with will make changing more successful.

One of the ways you are going to set yourself up for success is to create realistic goals and a plan to get there.  Where many trip themselves up is by making the goal the plan.  If the goal is to eat healthier, the plan can’t be eat healthier…that is where you want to be “eat healthier” is a finish line, a goal post.  A pretty vague one at that.  If the goal and the plan are the same, you’ve left yourself no room to grow and change.  You’re asking for some of that stroke of midnight change, tomorrow I will be a person who eats healthy is what you are saying.  Guess what?  Tomorrow you will be the same person who struggles with healthy eating, so leave space for that.

Break that goal down into achievable chunks.  Small steps add up and create lasting change.  If the goal is to exercise five days a week, start out with one or two.  If the goal is to “eat healthier” (first define healthier because that is not very specific) consider the small changes you can make to get there.  Maybe you can cut out that afternoon candy bar or trade soda for water.  Maybe you prefer to put your focus on getting one nutritious meal a day.

You probably know the things you need to change.  Just don’t set yourself up to fail by asking yourself to do it all in one swoop.  If it was that simple, you’d have done it already.  Which brings us to the last bit of advice on creating lasting change.  Habits are hard to change.  A fact we tend to lose sight of during the new year new you frenzy, change is HARD.

Doing whatever you usually do, even if it is causing you actual pain to do it, will always feel like the easier option.  Be prepared for that.  Know that the bad habit will call you like a dear old friend.  Since you are only human, sometimes you are going to listen to that call.  It will be easy and probably comforting to slide back into that old pattern.  When you do, don’t waste time beating yourself up about it.  Know that it is part of the process.  Think about why it happened, plan to avoid it next time if you can.  Then get right back to working on that goal.  No waiting until next Monday.  Start right now.

Donate to Tenacious ME

← GoodBye 2020
Chronic Illness Struggles- Is It My Disease Or Do I Need To Seek Treatment? →